I was told it was a 60-minute walk away but that it probably was faster, so I decided to walk, leaving at 3pm. Sooo, I know I was tired, but I was walking at a reasonable pace and yet somehow after 50 minutes the place was still no where in sight. Every few turns you saw a sign for it, but then it wouldn’t be there, I was starting to think it was a joke. I saw a couple jeeps pass me and I should have just flagged one down, but instead kept walking my way downhill in flip flops (and now added a blister) to eventually get there 15 minutes late for my tour. I was a little bit salty (or should I say bitter 😉 ) but eventually I started having fun when I ran into some people I met on the trail earlier.

END_OF_DOCUMENT_TOKEN_TO_BE_REPLACED 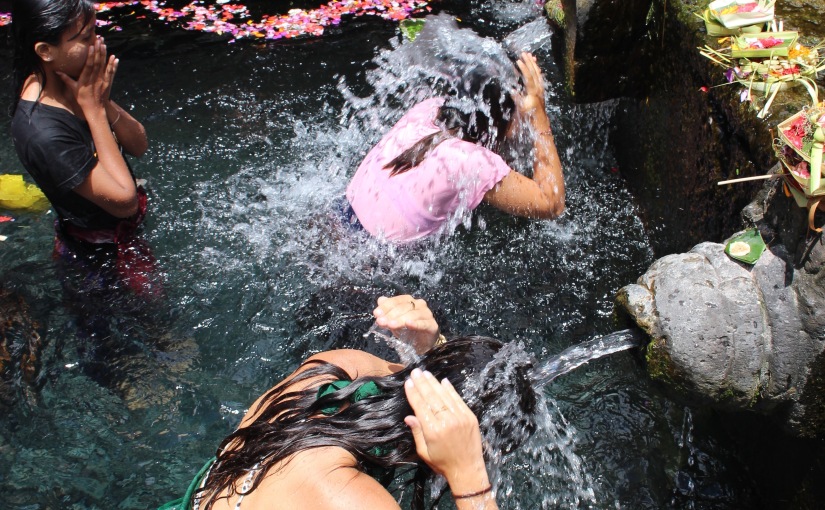 Today I didn’t have a strict agenda and that turned out to be the best plan yet. After an early breakfast on my patio I asked if I could rent a scooter. They set me up and off I went to a temple nearby called Goa Gajah (Elephant Temple). By now I’m a pro on the streets with a scooter. I heavily relied on Google Maps and wondered how this would have worked without it. I would have been lost without it so made sure to keep a cell phone charge.

At the temple I borrowed a sarong and went in. I was approached by a man who offered to tell me about the temple. I figured this would end in me paying him, but it made sense to actually learn the history rather than just look and guess. Turns out this temple was a mix of buddhist and hindu regions, which is pretty cool. It had separate holy water sides for each religion. It was buried at one point by a volcano but archeologists dug it out. On the hindu side there was an elephant cave for yoga, meditation and prayer. On the buddhist side there was a big tree, pond, waterfall and statue (that was broken due to an earthquake), again for prayer, meditation and yoga. 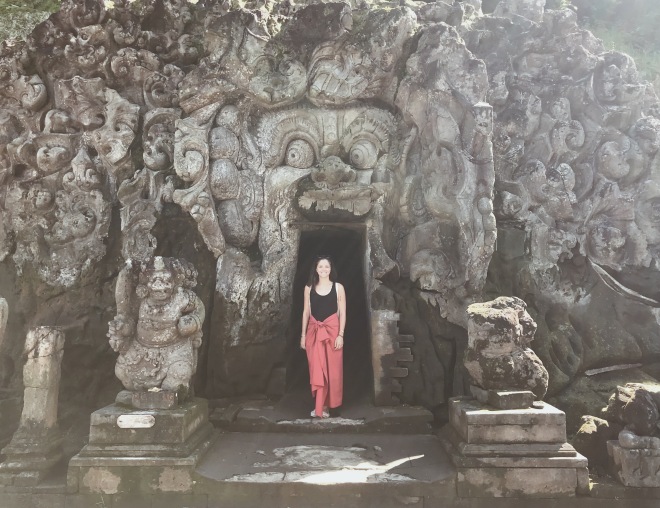