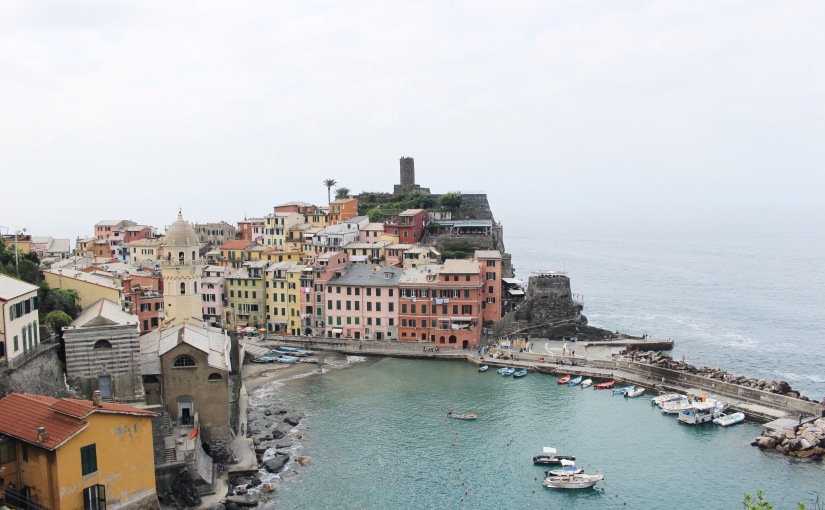 I was feeling energetic this morning, perhaps because I was looking forward to breakfast! My hotel has a continental breakfast and it was fabulous. There were eggs and bacon (which I hadn’t had in so long) and toast with homemade marmalade from the lemons and oranges in the garden. I’ve never had lemon marmalade, but I was a fan of the sourness to it. Originally, I wasn’t sure if I was going to hike today, but since it was still a little gloomy out and my belly was full, I decided it was a good idea.

I hadn’t walked the leg from Monterosso to Vernazza yet, so it was exiting to see new views and have unexpected paths. I was told it would take 1.5-2 hours, but I hiked it in 1 hour and 15 minutes. I guess I was getting my hiking muscle back! Although, I’m also the type of person to keep going without and breaks and just take a break at the end. The view coming into Vernazza was one of my favorites. Its fun hiking along so much green with pops of color and then all of a sudden come to an opening where the city just explodes in color.

I made my way down to the train and took it back to Monterosso. I waited about an hour for the sun to come out then headed down to the beach. I took a lawn chair and read for 2 hours straight. There was a bar on the beach too so I was able to have an iced coffee, a smoothie and then a Spritz Hugo.

The sun got a little stronger and I could use a little of the freezing cold water on me, so I rented a kayak for an hour. I figured with all of the hiking, it would be good to give my arms (and abs apparently) a good workout. It was fun paddling around but I only stayed out there about 40 minutes because I was actually starting to get sea sick! 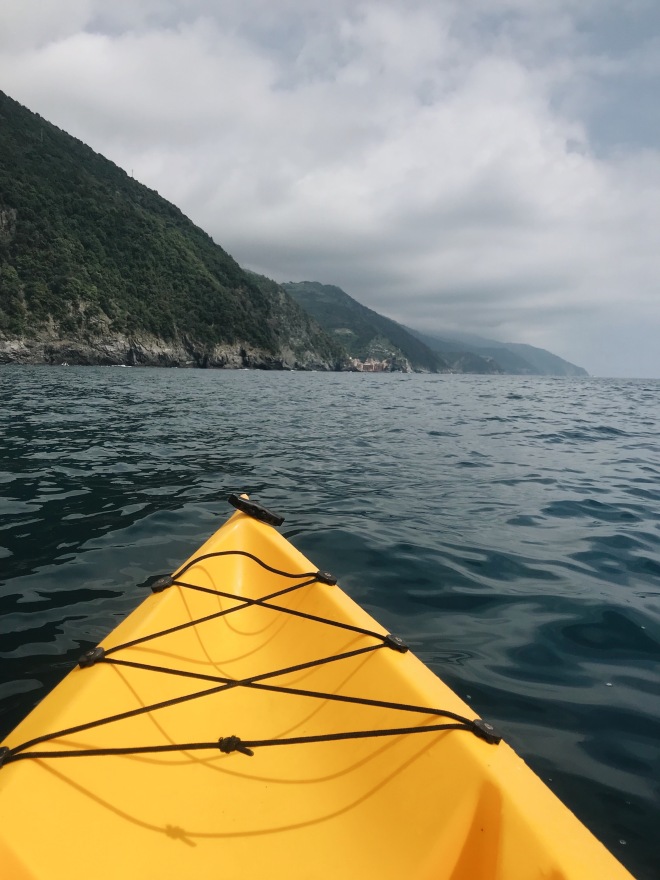 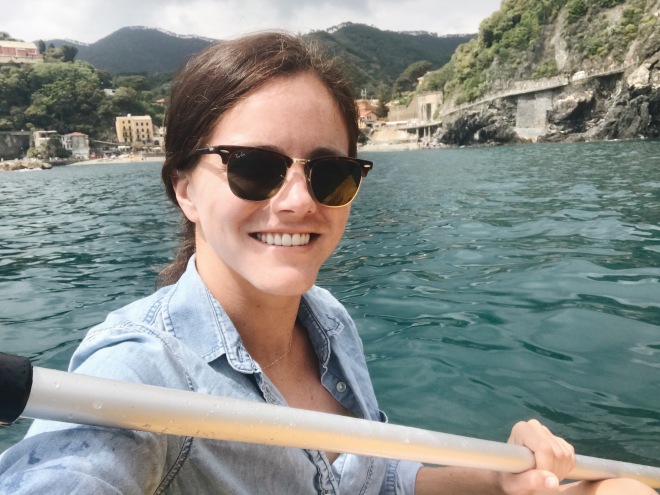 It was 3:30pm at this point and I still hadn’t had lunch so I walked back to the hotel for a nap but stopped for a pesto focaccia on the way.

Later in the evening I went to dinner just down the street. I stopped into this place that was obviously a seafood joint, but I had this intense craving for a steak. So, I ordered a filet in balsamic and a side of roasted veggies. I opted to skip the wine as I was feeling good after the hike and kayak. I’m a big fan of steak sauce, so I was pleasantly surprised with how delicious the balsamic was on the steak (their balsamic is the good thick kind). I ate it embarrassingly fast. I went back to pack and put a larger dent in my book.

I had a slow morning the next day, another fantastic breakfast and then lounged around until it was time to check out. I still had a few hours until my train (this time I triple checked the time) so I hung out in the hotel lobby and finished up writing before hauling my bag to the train station (update: I was asked to share a taxi with a couple that was staying here which I gratefully accepted). I was looking forward to the train ride and catching up on some Netflix.

The weather was rainy today so instead of hiking (I was sore anyhow) I took a pesto making class. It was at this cliffside restaurant that I ate at the first night. There were 9 of us in the group today (sometimes they have up to 30) and we were all from the United States. Everyone was a lot of fun, so it was a good morning. The class was perfect and well worth the money. First, you picked basil leaves off your plant and put them in a bowl with ice on top.